Why is it that most trailblazing enterprises are assailed by doubters, skeptics, and naysayers?

If you are thinking about growing tea camellia in the United States, then you may know what I’m talking about. A friend who gardens or another who travels through tea-growing countries may receive your tea interests with puzzled disbelief, if not outright dismissal.

“You can’t grow Camellia sinensis in the US!,” they hiss. I’ve experienced this reaction many times and such skepticism can quickly deflate one’s inner tea farmer.

The trouble with the doubters is not just the discouragement but the absence of facts to support their positions. Many myths have emerged around the cultivation of tea, especially as it pertains to the US where there is an ever-growing interest in the ancient craft of tea.

My goal in this post is to refute head-on several prominent myths about tea culture. Each of the myths applies to the continental US where, at first glance, the climate and other factors appear to be unfavorable for would-be tea farmers. But as you will see, the conditions are more amenable to tea than the doubters understand.

Myth #1: If it was easy to grow tea then everyone would be doing it

The first myth about growing tea in the US is the most pervasive. It argues that because we don’t see a tea camellia garden in every suburban front yard or because there are no mega-tea-farms on prime US farmland, then there must be something inherently forbidding about tea cultivation.

First, a general point that needs to be stated: All kinds of farming and gardening are challenging on some level and regardless of the crop. Growing a productive stand of corn is no easy feat, nor is bringing apple trees to bear. Indeed, if there were no obstacles to success, then there’d be no point in gardening. We’d have everything we needed, served up a la carte from Mother Nature. Challenge and difficulty are the reasons we must farm because if we didn’t, we would have to retreat to a hunter-gatherer lifestyle.

The truth about my specific experience with tea cultivation is as follows. It has taken many years of effort and quite a few failures to get to where I am with my tea garden. But I started from scratch, with only a limited background in horticulture and no experience at all in tea culture. I can attest that it is indeed difficult to start any new endeavor without mentors and tradition to lean upon.

But in just ten years since I started the tea project, it is now easier than ever to start a tea garden. If I can do it with the limited resources that I possessed, then just about anyone can do it and in much less time because the knowledge of tea culture is now much more widespread.

Bottom line: Growing tea is not without difficulties, but there’s no valuable undertaking, most especially in agriculture, that is without setback. Fortunately, today’s American tea grower has a trove of resources available.

Climatic variation in the continental US is unquestionably extreme. A winter’s day in Detroit, for instance, could easily be 80°F colder than on that same day in Miami while Wichita and Washington, DC could have an equivalent contrast.

And it gets worse than that. Standing in, say, Atlanta you could experience a 30-degree drop in temperature within the same winter’s day! Certainly, it is objected, tea camellia cannot thrive across such extremes.

This myth arises from a misunderstanding about the conditions that tea can tolerate. On one end of the tolerance range, C. sinensis thrives in tropical regions with mild climates. For example, tea gardens are sprouting up all over the tropical paradise of Hawaii.

But tea is much more adaptable than most people realize. In Japan, where tea is often farmed on mountainsides with frigid winters, growers have cultivated tea varietals that can endure occasional snow and freezing temperatures. Tea farmers in other temperate regions such as Turkey, Georgia (the nation-state), and South Korea have also nurtured cultivars that can pass relatively unscathed through winter stress.

Moreover, growers in these cooler regions have developed plant-insulating covers and air-circulating fans to protect against hard frost. US tea growers would do well to study these technologies, and progress is already being made in developing cold-tolerant cultivars of tea for US farms. As more tea farms are started in the US there will be even more tea cultivars to emerge that can cope with freezing temperatures.

Of course, there are limits to where tea can grow. I probably would not try tea gardening where the upper six inches or so of the earth freezes hard or where snow sticks to plant foliage for several consecutive days after a storm. Such a limitation tends to occur in US plant hardiness zones 6 and lower.

However, season-extending innovations such as high-tunnel hoop houses are now widespread among US farms. Cold-refugia such as these may be an option for fearless tea growers willing to experiment with new approaches to growing tea camellia in particularly cold areas, including zones 6 or colder.

Bottom line: Many cultivars of tea camellia are cold-hardy and there is already technology available for mitigating the effects of freezing temperatures. US growers should push the limits on tea’s supposed growing restrictions.

Just as the US cold is extreme, so too is the heat. Anyone who has spent a summer’s day on the Gulf coast can appreciate how stressful an ordinary 93°F day can be. And if you live in a desert area, it’s not only hot but also very dry.

In my tea garden, located in plant hardiness zone 8b, heat stress is an important concern. For example, I have seen daytime temperatures at or above 95°F induce yellowing of leaves which in turn weakens plant defenses against blights such as anthracnose. Recent plantings of young seedlings are especially vulnerable to the stresses that come with high temperatures.

So this much is true: throughout much of the US, high heat is no joke.

Fortunately, however, the solutions to high temperatures in the tea garden overlap with those that mitigate the cold. US tea farmers can deploy temporary, artificial shade during heatwaves. Hoop house structures for cold protection can be converted to shade houses with fabrics of varying levels of light transmission. The Japanese already use shade over C. sinensis grown specifically to make matcha tea.

Evergreen tree species such as pines can be planted among tea to provide a protective umbrella during both cold and warm seasons. Though some varieties are deciduous during winter, fruit trees installed amongst tea provide the benefits of both summertime shade and companion crops.

Irrigation is another obvious necessity in any tea-growing enterprise where heat is a problem. Though experts debate this point, irrigation of crops prior to a hard freeze may also reduce cold-induced stress. And with the impressive performance and affordability of solar-powered water pumps, you can access water in even remote farm or garden locations.

Given these technological solutions, would I try to grow tea in a hot desert environment? Probably not. However, there is more than one empty desert that was converted into an oasis of plant life so it’s worth trying somewhere in the US, just to push the envelope.

Bottom line: If care is taken in the aspects of site selection, choice of cultivar and use of specialized technologies, the impacts of extreme heat and cold on your tea operation can be turned into an overall positive set of circumstances.

Myth #4: No one in the US knows how to grow tea

Perhaps critics will concede that the US has a suitable climate for tea. Still, there’s no local knowledge nor the expertise required to actually grow tea on a meaningful scale, so there’s no point in trying, goes the myth.

This myth partly stems from the belief that a plant that yields such a magnificent product—glorious tea in the cup—certainly has to be a supreme challenge for mere mortals to grow. There is also no end of marketing noise that promotes the image of tea camellia as a botanical Holy Grail that only reveals its secrets to a chosen few.

But tea is not a mystery plant. Its requirements for nutrition, sunlight, and water are pretty similar to most other long-lived tree species, including the ubiquitous flowering camellia. Give tea camellia plenty of water, healthy soil, and a proper balance of nitrogen, phosphorous, and potassium, and it’ll probably thrive. In other words, there is no specialist knowledge required to grow tea successfully.

And here’s the truth about tea expertise in the US. Tea was first imported from China to the Southeastern US in the late 1700s by the legendary French botanist Andre Michaux. In the two centuries after Michaux’s work, tea camellia from other regions has been imported, cultivated at scale, and made into finished tea. Since the 1980s, in fact, descendants of the original cultivars have been grown commercially at the Charleston Tea Plantation in South Carolina.

Meanwhile, at a small but intensive tea farm in Fairhope, Alabama, tea man Donnie Barrett has been growing tea camellia for black, oolong, and green tea for nearly twenty years. And though others are still in the startup phase, there are many small farms across the US that are growing tea, and a few now offering their tea products for sale. Tea experts on the Hawaiian Islands are also sharing their knowledge of the craft with growers on the continent.

Furthermore, this blog is a platform where new tea farmers can share techniques and experiences. Stick around; it’s only going to get better!

Bottom line: There’s no shortage of tea-cultivation specialists in the US, but we do need more tea growers!

Tea drinkers have never enjoyed tea products of such wide diversity, high quality, and affordable prices as they do today. Much of this remarkable growth of the tea market is owing to the expansion of the industry into parts of the world that had no previous experience with tea craft. Early market entry by nations such as India and Sri Lanka, for instance, put pressure on tea giant China to innovate and open its market.

More recently, countries such as Kenya, Turkey, Vietnam, and many others, have pushed the boundaries further. If not for the many tea pioneers who ignored convention and founded their own distinct tea cultures, our present experience with the revered beverage would not be the same.

US tea growers will one day make a contribution to the market. However, American producers will not try to compete on any level with the big, established producers. Instead, we might focus on developing our own unique brand, style, tastes, and terroirs. To forge ahead, tea farm practice in the US will offset operating costs with technologies borrowed from other modes of domestic farm production.

And many small-scale tea growers will play a pivotal role as each share their own novel experiences and techniques with other tea farmers. By getting started now, you can make an important contribution to this grand experiment. Are you ready?

Bottom line: We know how to farm in the US; we will put that knowledge to work in the tea fields. 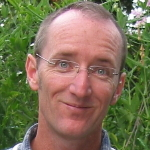 Mike enjoys teas from all over the world and he also grows and crafts his own tea leaf. And though they are loath to admit it, Mike has a PhD in biology from the University of North Carolina at Chapel Hill.